“As Lyons struggled for air, the officer handcuffed him, but continued to apply the chokehold until he blacked out. When Lyons regained consciousness, he was lying face down on the ground, choking, gasping for air, and spitting up blood and dirt. He had urinated and defecated. He was issued a traffic citation and released.”

Lyons brought his case before the District Court in 1982. Evidence was submitted on nine deaths caused by police chokeholds.

The Supreme Court reversed a ban on police chokeholds, 5-4, holding that Lyons did not establish a real and immediate threat that he would again be stopped by the police, who without justification or provocation, would again apply a chokehold. Death in the hands of law enforcement remains a serious human rights issue, and black men suffer disproportionately, with a 1 in 1,000 chance of being killed by police. 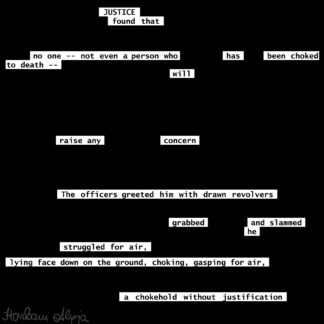