In the 1950s, Duke Power’s Dan River Steam Station in North Carolina had a policy restricting Black employees to its “Labor” department, where the highest-paying position paid less than the lowest-paying position in the four other departments. While the company argued there was no discriminatory intent, Griggs maintained that Duke’s policy discriminated against Black employees in violation of Title VII of the 1964 Civil Rights Act based on the disparate impact of the policy and not simply its motivation. The Supreme Court ruled that Title VII of the 1964 Civil Rights Act prohibits not only intentional job discrimination but also employer practices that have a discriminatory effect on minorities and women.

In the ruling, Justice Burger famously cited an Aesop’s fable, writing, “Congress has now provided that tests or criteria for employment or promotion may not provide equality of opportunity merely in the sense of the fabled offer of milk to the stork and the fox.” 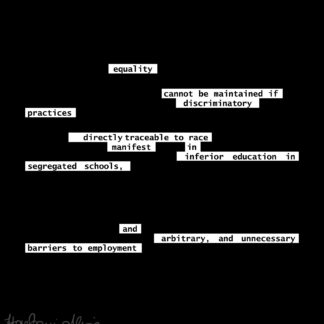